In Boston, it’s Hubway, sponsored by New Balance; in Portland, the Nike Biketown. Chicago has the Blue Cross/Blue Shield Divvy, and New York has the CitiBike. And now the Potrero has Ford GoBike, an expansion of the newly rebranded Bay Area Bike Share. Bike pods have appeared at 16th and San Bruno, in front of Whole Foods, at the Arkansas and 17th corner of Jackson Park, at Mississippi and 17th, and at the 19th and Minnesota corner of Esprit. They’ll soon be at the 22nd Street Caltrain Station. 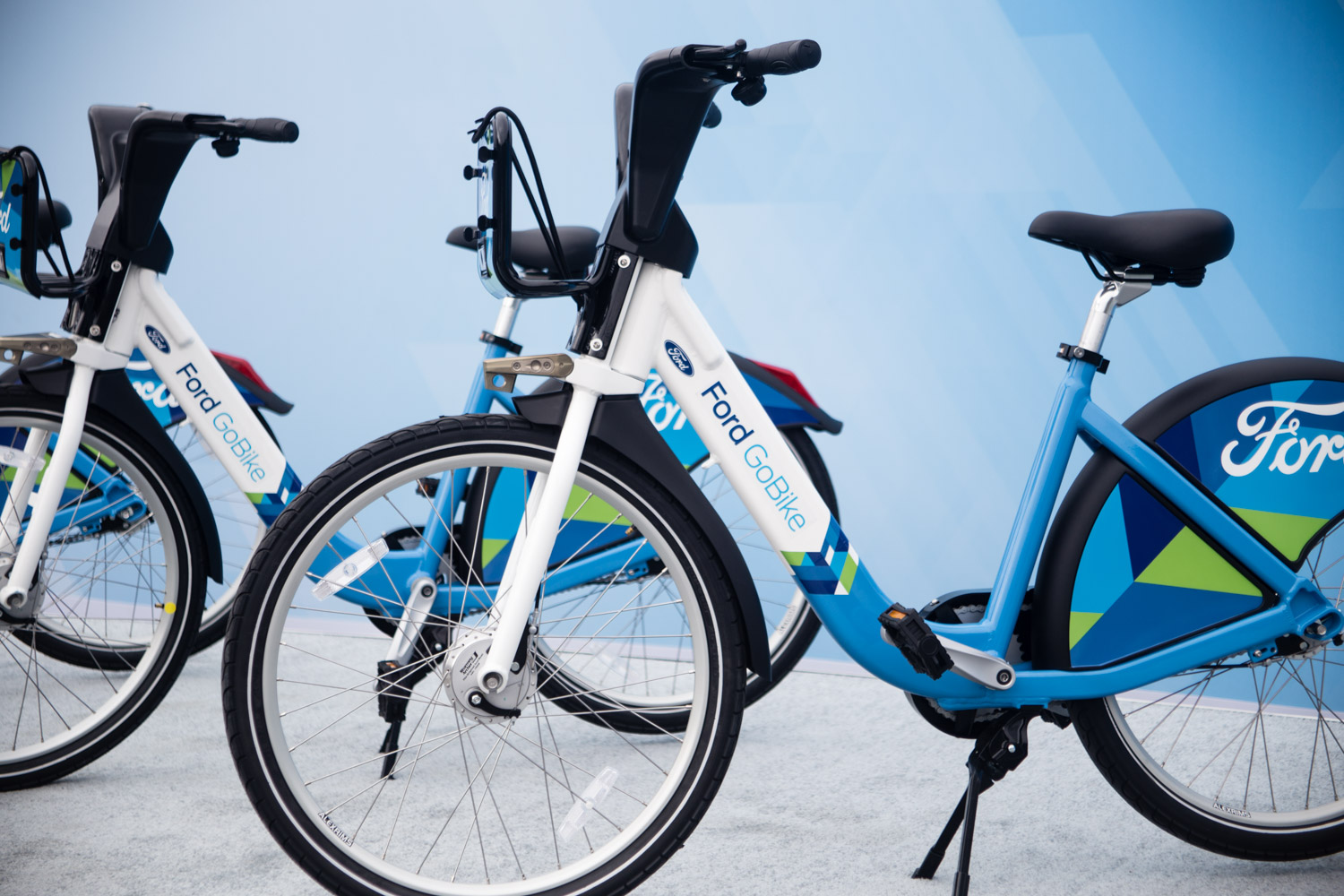 The recent expansion has not been without controversy. Further expansion plans promise additional pods in the southern parts of Potrero Hill and Dogpatch, extending into Bayview.

Justin Nguyen, the Outreach/Marketing Coordinator of Motivate, the company operating the Ford GoBike (and the other cities’ bikeshares mentioned above), will respond to our questions and comments regarding the program.

If you want to go find out more about Motivate and the Ford GoBikes, here is your chance. If I were going I would ask these questions:

What does this mean? “the newly rebranded Bay Area Bike Share” We assume the new brand is Motivate, which we recently learned from a program on KQED radio program, is the private/public entity that was created between MTC (the regional pubic funding entity that distributes government taxes and grants) and, what appears to be, a private corporate entity or entities.

Three questions arise from this information:

As a voting taxpayer, one must determine where or not this is a proper task for a regional transportation funding organization and how this effects our eagerness to pay higher taxes knowing how they are being used.

How did all of these contracts get signed by our government officials without our notice or discussion or consent? Do we want a government that excludes public from the discussion until after the contracts are signed? Are these legitimate contracts when the pubic is kept in the dark until they are signed?

Bay Area Bike Share’s hefty, powder-blue cruisers have been rolling through S.F. since August 2013, and Heath Maddox, manager of SFMTA’s bikeshare program, is eager to see more of them.

“The chief complaint people have is that they want the system to be bigger,” says Maddox. “We couldn’t agree more.”

But S.F. can’t get a bigger system, not because it can’t afford the additional bikes (the money for 15 new stations in S.F. and 15 more on the Peninsula has been in place for a year), but because the companies contracted to produce the bikes are in turmoil — one is bankrupt and the other is up for sale… (more)

Bay Area Bike Share will be operated by the same company that oversees New York’s bike-share, (Bike-share vendor coming to S.F. is accused of unfair labor practices.)
Thursday marks the start of the Bay Area Bike Share program, in which about 700 bicycles will be available for rent 24 hours a day at kiosks in San Francisco, Redwood City, San Jose, Mountain View and Palo Alto.
The bikes will be stationed near transit hubs and popular destinations, and they will be available mostly for short trips of 30 minutes or less, according to the Santa Clara Valley Transportation Authority.
The $11.2 million program will offer rows of Canadian-made, seven-speed bikes at a cost of $9 for a daily pass, $22 for three days of rides and $88 for a full year, according to the Bay Area Air Quality Management District… (more)

High priority item for SFMTA as the bridge closes and millions are left to fend for themselves. What will it take to get a raincheck on bike activities?